Not even sure if this is for sale or not.  It was a facebook post.  I still want one!

My Next Camping Grill

The Buseque is a cool grill from the UK, while it’s a little pricy ($400), I still have to have one! 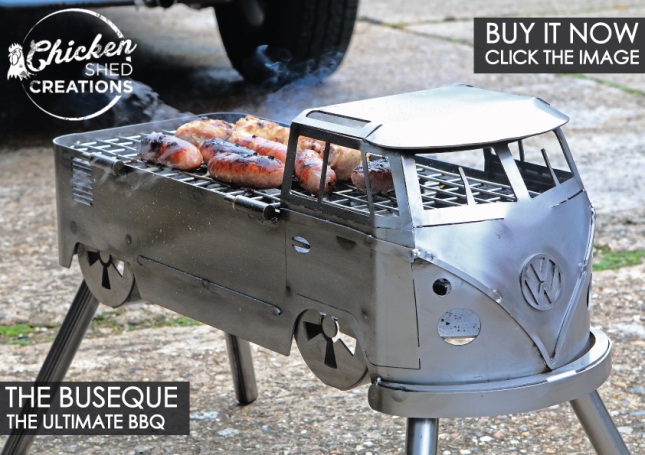 After better than a year I finally got Kermit back from the shop!  Ran like a top, now I need to get a job and save my pennies to get paint redone… 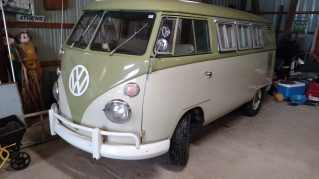 Posted by busjunkie on January 25, 2016 in Uncategorized

It began with a simple idea, sketched on notebook paper by Dutch Volkswagen importer Ben Pon in 1947. Inspired by the Plattenwagen, a flatbed factory hauler built from the wartime Kuebelwagen, Pon imagined a Beetle-based bus that could meet the needs of commercial customers and consumers alike. The result was the Type 2 Transporter, which entered production on March 8, 1950, and remains in production (entering its sixth generation) for global markets today.

Two years after Pon’s notebook drawing, the first prototypes were completed. The initial four Transporters shown by then-factory-manager Heinrich Nordhoff in 1949 included two panel vans, a bus and a Kombi, a model with removable rear seats for hauling passengers or cargo. Nordhoff was well aware of the needs of buyers in postwar Germany, saying, “These vehicles won’t be handled with kid gloves, rather they will be treated roughly and recklessly.” The Transporter, or Type 2 as it became known, would need to be both simple and sturdy to meet these expectations.

Underpinning the various Transporter models was a unitized body mounted on a ladder frame, powered by the Beetle’s proven air-cooled, horizontally opposed four and using the car’s axles. The 1,131-cc engine produced a modest 18 kW (24.1 horsepower), but that was considered sufficient to haul up to eight passengers or 750 kilograms (1,650 pounds) of cargo, albeit slowly.

Priced at 5,850 DM (then the equivalent of about $1,395), the Transporter proved to be an immediate hit with tradesmen and retail customers, quickly becoming an essential part of Germany’s postwar economic growth. Initial production at Volkswagen’s Wolfsburg plant was limited to 10 units per day, but by the end of 1950, improved efficiencies allowed the automaker to achieve a total output of 8,001 Transporters. 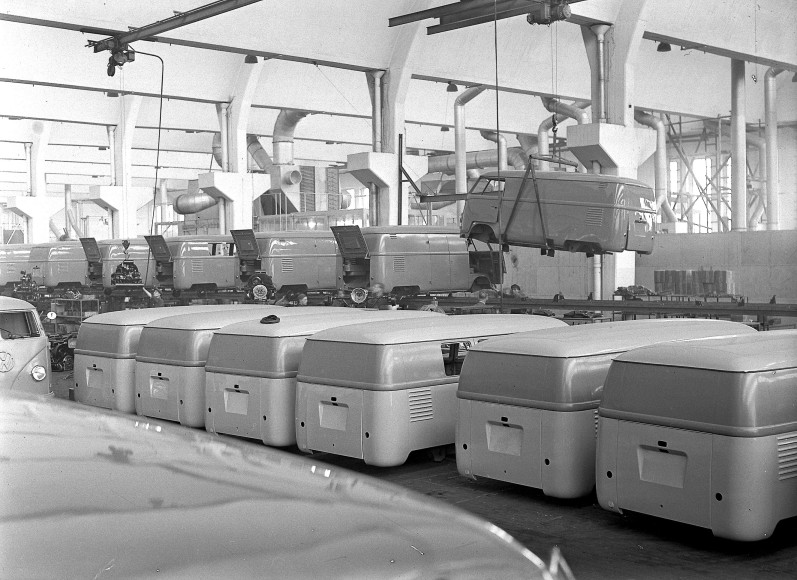 In 1951, a Transporter with a camper body was shown at the Berlin Auto Show, adding to the bus’s commercial success and model range. Four years after production began, Volkswagen built its 100,000th Transporter, and by then the product portfolio had expanded to include 30 different variants for the domestic market. Though demand continued to grow, production in Wolfsburg (which also assembled the Type 1 Beetle) was capped at 80 Transporters a day, forcing Volkswagen to break ground on a new factory, in Hannover-Stoecken, in March of 1955. One year later, in March of 1956, the first Gemacht im Stoecken Transporters rolled off the assembly line.

In the United States, the Volkswagen bus remained a common sight on dealer lots through the third generation (sold from 1979-1991) and into the fourth (introduced in 1993). Slowing demand and rising costs saw fewer and fewer Eurovans (the North American name for the fourth-generation Transporter) on these shores, although Winnebago did build a mini-motorhome on the platform from 1995-2003. Even as sales declined in the United States, they remained relatively steady in Canada and Mexico, but by the time the fifth-generation Transporter was launched in 2002, U.S. and Canadian customers no longer had the option of buying one. Later, VW would test the family hauler waters again with the Volkswagen Routon, a rebadged Chrysler RT platform minivan introduced for the 2009 model year. It was not a success.

In 2015, Volkswagen will introduce its sixth generation Transporter, now built in both Hannover-Stoecken and in Poznan, Poland. As with the Amarok pickup, the Chicken Tax (a 25-percent tariff on imported light trucks) means the latest generation likely won’t be imported into the U.S., either.

Posted by busjunkie on March 10, 2015 in Uncategorized

Finally after almost 3 years, I finally have enough pennies saved to get the bus running.  I may not get the body work completed but my hope is to make the Memorial Day campout!

Posted by busjunkie on March 2, 2014 in Uncategorized

Over my Birthday week.   Birthday eve to be exact (25 July) we were visiting Steph’s family cottage in Macatawa Mi for the week.  Taylor and I were going for a ride in the bus down US31.  Just south of the Saugatuk exit I noticed that the engine lost power.  Taylor mentioned he smelled gas.  We pulled over and I saw that the engine was on fire!  I grabbed the fire extinguisher, which didn’t work.  A Spartan truck  pulled up and gave Taylor an extinguisher and he put out the fire.

State Farm was very helpful.  they totaled the bus and offered me $12,151.00.  I bought the bus back for $2500 and still have $9600 for repairs.  From the initial look, it appears that only the distributor and coil are melted along with the hoses.  There was still power to the ignition and the motor still turns.  I’m thinking with an engine rebuild and some body work, Ill be back in business with funds left over for other projects.

Posted by busjunkie on August 21, 2011 in Uncategorized

Buses by the Beach 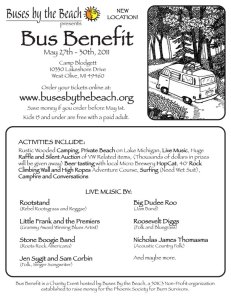 We went to our 2nd buses by the beach campout over memorial day weekend.  For the most part it was a good time, but I got sick and the boys got flooded by rain.  So we left on Sunday.  Hoping for a better trip next year. 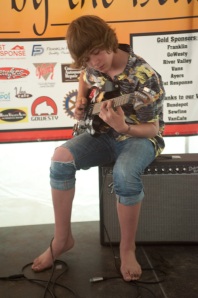 Taylor had a guitar playing contest with another camper.  They both did a good job and it ended in a tie.

Posted by busjunkie on August 21, 2011 in Uncategorized

In the quest to get better mileage, still 14mpg, I’m looking for solutions. One thing I can do is decrease the size of the main jet so the engine doesn’t run so rich. I’m thinking I have a 130, so I should use a 127.5. I also wanted to see what was originally in the carb. Yes, I know I can take the carb off and look, but with me in Chicago and Kermit in Mi, it’s rather hard. I found this list….

Posted by busjunkie on July 7, 2011 in Maintenance

It seems like the back of the of the bed slopes and I couldn’t understand why.  Now I think that it might not have been assembled correctly.  You see, the back of the seat should rest on this part here….. one on each side.

Mine doesn’t reach, so that is the next project over the weekend of the 23rd.  It would be nice to get that fixed before the Cowpie Blues Festival.  Which is the next outing.

Posted by busjunkie on July 12, 2010 in Maintenance 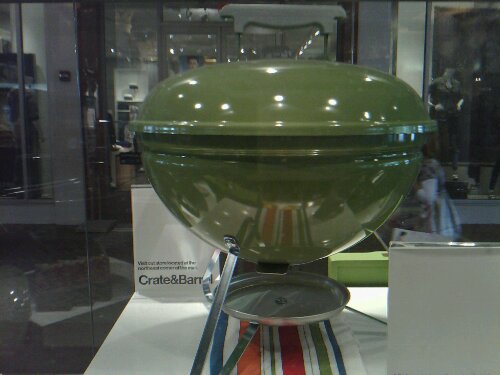 I was at the mall today and saw the green Weber baby grill.  I thought to myself…. who the hell would..wait I would.  It matches the bus! I didn’t price it but I assume it is double the black ones.  Maybe some day when I get employed.

← Older posts
The Bus Junkies
Create a free website or blog at WordPress.com.