The first trip was a success I think . . .  .  We took Kermit to Grace Automotive for a final once over before we left for the festival.  Stanley, the mechanic said the the tramsmission mounts were bad and had begun to shear the suspension bolts.  I thought that we were going to take the Pontiac.  He found the parts and we got going about 3PM Friday afternoon.  The trip down was good until dark and route 39 in Indiana,  That was the curviest road in the state.  We never got out of third gear.  We made it down to the festival at 11:30PM and the girl the gate said that they were closed.  A fellow said he would take us to the campsite . . . .  whew . . .   As we were putting up the tent for the boys, folks began to stop by to see the bus.  this continued al weekend.  We meet a lot of nice folks and had heard some really cool music.  I have some pictures, but can’t fine the camera 😦 .   On the way home the real adventure began.  We got about 5 miles down the street and we blew the fan belt.  HA! no worries.   I had an extra.  We put it on and began back down the road.  I stopped to check the belt and saw that it was turning on the pully, so at the next autozone we bought another belt for the inevitable.  We made it another 10 mles before the belt blew and I pulled into a school to change the belt.  A felow stopped to help and said he thought the belt was too small and that he would give me a ride to a parts store.  The belt I bought originally was for a 71 beatle and was 900mm.  The one at O’Reilly’s was 920mm and it fit perfect.  We were on our way or so I thought.  Then Kermit began to run rough an before long we were only able to go 30mph for about 5 miles before we needed to stop and let the ol boy cool down.  We would never make it back to Chicago.  So I decided to get a hotel room and rent something to tow the bus back to Chicago and SELL IT.  We got directions to the hotel, it was about 15 miles back in the direction we just came.  We got to where we thought the hotel was . . . .  about an hour later and callled to verify.  We got bum directions  . . .  and the bus was down to 5mph…..   At that point I figured what the hell… let me mess with the timing.  I can’t screw up thinks anymore than the already are.  Marilyn started up the bus and had to keep a high RPM to keep it running.  Then it ocured to me that if I set the timing light to a 28 degree advande and dial it in we may be ok.  The timing was way off.  We got back in the bus and cruised at 50MPH!  we were happy but frazzled.  We made it to the hotel, relaxed  they boys went swimming, and since the Colts were playing Bears the ounge was open, so Marilyn and I relaxed there and watched the first half of the game.  In the morning we got in the bus and made it home safely.  Guess I’ll keep the bus and nextime the fan belt blows, I’ll verify the timing aftr I replace it . . .

Posted by busjunkie on September 14, 2008 in Uncategorized

Can’t believe a week has passed since our first trip.  Things have been real busy this week and to top it off, we have six feet of water in our basement.  At first it was ok. The street had 2 ft of water but we didnt have anything in the basement, so we helped fill sandbags.  When we were done the basement was flooded.  I hope the good Karma of helping the neighborhood will comeback my way in the form of insurance money to cover some of the losses. 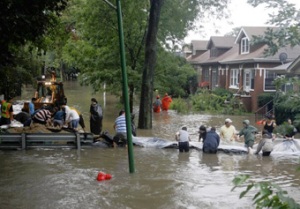 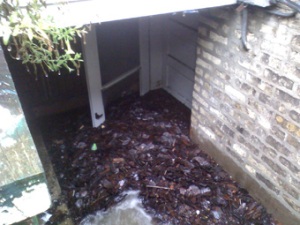 Posted by busjunkie on September 14, 2008 in Fun Stuff